(See Phase 1: Open to the elements)

” A/C in a Box”  is designed to take advantage of the cool and humid air under the flying club. Six intake vents were installed on the north wall and an outlet hole is on the south side feeding into the new A/C box. Initial testing has shown a drop of more than 30 deg. F going into the condenser from under the club compared to the temperature outside the box.

•The dual thermometer, with a sensor inside the box, indicates the temperature inside and outside the A/C box.
The air ( 77 deg. F ) coming into the condenser from under the club is averaging 30 deg. F colder than the air outside the box (106 deg.F ).
•The skirting was cut out to provide a cold air intake for the condenser and 6 vents were added to the opposite side of the building. 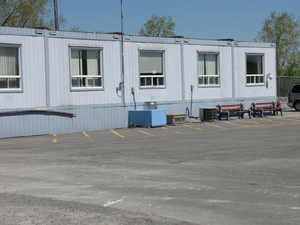 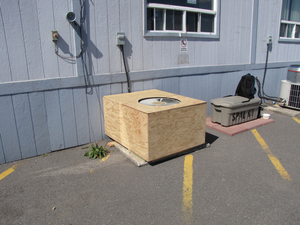 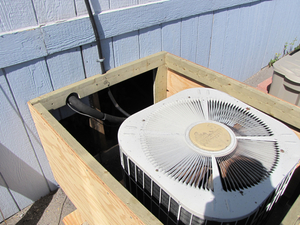 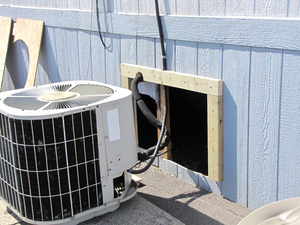 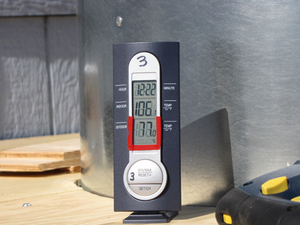